Triquetra or Sun of the Alps?

One thing that we have needed is a signature symbol for the PAL. That important decision would start with whether or not adopting the flag of the Langbard Kingdom, the flag of Padania (Lega Nord), or some other flag or symbol. Most recently we've used the triquetra symbol. That seemed to make sense, since the triquetra could represent the Holy Trinity or numerous ancient pagan meanings.

What makes this decision even more important is that it will represent a "first impression." A Germanic flag, like the Langbard flag, may tend to send a certain message; not necessarily the correct one. That flag is indeed a powerful image, and we will use it. We could also use a particular Etruscan flag, which was designed years ago, witch is yellow with a black Etruscan lion (chimera). Although we will use those flags, they don't quite send the specific first-impression message that we would like. In particular, our friends in the northern nations would be disappointed with an Etruscan flag as our chief symbol, and we would like that solidarity.

Although we don't see the Etruscans as synonymous with the Romans, there is that tie-in; while the Langobards were invaders. While the triquetra was in usage in many lands, the sun of the Alps symbol was native to the northern nations, as were the progenitors of that symbol, the Celto-Alpine tribes (which were also in Tuscany). While a great idea, the triquetra isn't tied into our heritage like the sun of the Alps, which is practically native to the northern nations. It's worth noting that the Rosa Camuna symbol was native to the Camunian Valley, and not to other areas like the Alpine sun symbol. 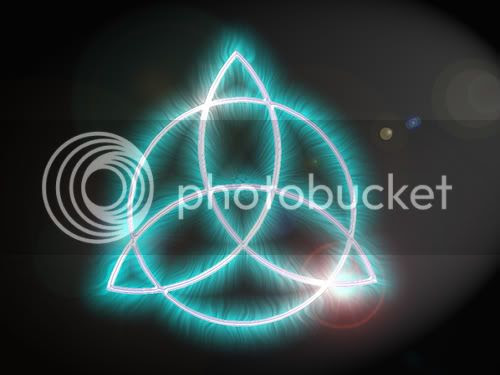 The Alpine tribes are probably the true natives of the northern nations region. They go clear back into the ancient world. However the Celts, who arrived in numerous migrations from the Hallstatt area, are often synonymous with the Alpine tribes. There does not appear to be any evidence of any fighing between them, probably because they were so similar. We can't say with absolute certainly that the Alpine sun didn't originate with the pre-Celtic Alpine tribes. Most likely it was Celtic, since it was present in other nearby lands of Celtic settlement.

Our proposal is to design a new flag/symbol for the PAL exclusively, which will show both solidarity and uniqueness. That being a modern Padanian flag using the colors of the Langbard flag, red and white. Since the Langbard flag is mainly red, with white as a secondary color, this proposed flag would be red with a sun of the Alps symbol on it. Also, red and white are the colors of the crusader symbol seen on numerous flags in the northern nations. Usually red cross on white background (Genoa, Milan, etc.). Also, this would differ from the Germanic red, white, and black symbolism; or the black eagle.

This proposed flag feels much more "native" than does the triquetra. It seems a perfect fit. We can continue to use other symbols and flags, but this one appears to be closest to sending the right first-impression.

Posted by Camunlynx at 8:12 AM No comments: