[Above: Ernest Borgnine is honored with the Screen Actors Guild Life Achievement Award on January 30, 2011] 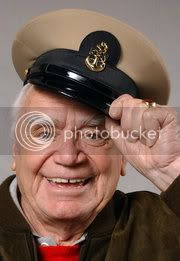 Borgnine, who is Piedmontese and Emilian descent, has a long biography that we won't post here (see the below link). It's remarkable that he won an Academy Award for best actor in 1955 (for his portrayal of Marty Piletti in the film Marty), and he is still so active today at age 94 (four movies in 2010). It's just by chance that we became aware of his Padan ancestry. Please send any information regarding other famous Cisalpine-descended people in the world.

Ernest Borgnine (from his Wikipedia page):

Ernest Borgnine (born Ermes Effron Borgnino; January 24, 1917) is an American actor of television and film. His career has spanned more than six decades. He was an unconventional lead in many films of the 1950s, including his Academy Award-winning turn in the 1955 film Marty. On television, he played Quinton McHale in the 1962-66 series McHale's Navy and costarred in the mid-1980s action series Airwolf in adition to a wide variety of other roles. Borgnine earned an Emmy nomination at age 92 for his work on the series ER.

Posted by Camunlynx at 1:28 PM No comments:

Galileo Galilei: The Father of Science

Once I overheard an unemotional person of extremely high intelligence--not of Cisalpine descent--state enthusiastically that a genius like Galileo comes around only once a century! That got my attention, and it stuck in my memory.

One frequent mention on this blog has to do with not being able to do some of the subjects justice like they may deserve. In this case, I won't even try! I was perhaps waiting for that, but it won't happen here. To say the least, Galileo was one of the most important figures in world history. In the top ten.

"Galileo, perhaps more than any other single person, was responsible for the birth of modern science." --Stephen Hawking

From the intro of Wikipedia's Galileo Galilei page:

Galileo Galilei (15 February 1564 – 8 January 1642), commonly known as Galileo, was an Italian physicist, mathematician, astronomer and philosopher who played a major role in the Scientific Revolution. His achievements include improvements to the telescope and consequent astronomical observations, and support for Copernicanism. Galileo has been called the "father of modern observational astronomy", the "father of modern physics", the "father of science", and "the Father of Modern Science". Stephen Hawking says, "Galileo, perhaps more than any other single person, was responsible for the birth of modern science."

The motion of uniformly accelerated objects, taught in nearly all high school and introductory college physics courses, was studied by Galileo as the subject of kinematics. His contributions to observational astronomy include the telescopic confirmation of the phases of Venus, the discovery of the four largest satellites of Jupiter (named the Galilean moons in his honour), and the observation and analysis of sunspots. Galileo also worked in applied science and technology, inventing an improved military compass and other instruments.

Galileo's championing of Copernicanism was controversial within his lifetime, when a large majority of philosophers and astronomers still subscribed to the geocentric view that the Earth is at the centre of the universe. After 1610, when he began publicly supporting the heliocentric view, which placed the Sun at the centre of the universe, he met with bitter opposition from some philosophers and clerics, and two of the latter eventually denounced him to the Roman Inquisition early in 1615. In February 1616, although he had been cleared of any offence, the Catholic Church nevertheless condemned heliocentrism as "false and contrary to Scripture", and Galileo was warned to abandon his support for it—which he promised to do. When he later defended his views in his most famous work, Dialogue Concerning the Two Chief World Systems, published in 1632, he was tried by the Inquisition, found "vehemently suspect of heresy", forced to recant, and spent the rest of his life under house arrest.

Posted by Camunlynx at 1:14 PM No comments:

The Atmospheres of Padanian Alps

The Atmospheres of Padanian Alps

What is very interesting about this video is the unique architecture of the Padan Alps. It's so unique, and different than Switzerland and the Alpine German regions.

Posted by Camunlynx at 8:31 PM No comments:

"Gallo" as a surname

The surname "Gallo" is found throughout the Italian peninsula. It means "Gallic" or "Gaulish," which goes back to Cisalpine Gaul, or even to Gaul itself. It is the Celtic equivalent to the Langobard originated "Lombardi."


Both surnames, and their variations, are common in the north and south, but not the central. In the north, they're common for obvious reasons. In the south, probably due to the fact that a Langobard or Gaul was unusual, hence making it a surname. In the central Italian peninsula, perhaps they were thought of as somewhat of a nuisance due to close proximity, making a surname less likely. However, that is only speculation.

Only recently did I really look at Gallo as a strong heritage name. Its origin may have come from Roman times, if someone was either from Gaul or was a governor, military figure, or businessman who had many dealings with the Roman province of Gaul.
If "Gallo" is used as the first portion of a hyphenated name, then it could mean various things. It might actually mean Gallic, usually if it was in reference to something from ancient or Roman times, or in an anthropological manner. It may also refer to a family, like the Gallo wine family of northern California. It's possible that it might refer to certain regions of the Italian peninsula as well.

8-1-14 Addition: Numerically-speaking, "Gallo" is the number twelve surname in Italy. Although "Gallo" is frequently used in a linguistic sense as a reference to the old Gaulish language; actually it can also literally mean "rooster."

Posted by Camunlynx at 6:11 PM No comments: 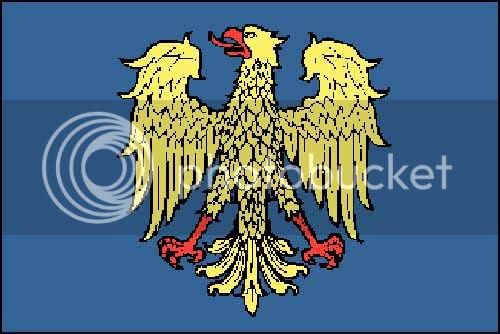 Friulan (furlan or affectionately marilenghe in Friulan, friulano in Italian), is a Romance language belonging to the Rhaeto-Romance family, spoken in the Friuli region of northeastern Italy. Friulan has around 800,000 speakers, the vast majority of whom also speak Italian. It is sometimes called Eastern Ladin, since it shares the same roots as Ladin, although over the centuries it has diverged under the influence of surrounding languages, including German, Italian, Venetian, and Slovene. Documents in Friulan are attested from the 11th century, and poetry and literature dating as far back as 1300. By the 20th century, there was a revival of interest in the language, which has continued to this day.

Native speakers refer to anything of Friulan culture, including themselves, as "Friûl." One great way to really get into the spirit of any culture is to find those online translators, like Friulan, and look up various words. In time, you will find aspects of history within those words, even just on your own by seeing similar spelling in other related languages. Friuli is, of course, in the northeast corner of our ancestral homeland, at high Alpine elevation. It was a crossroads between the Cisalpine world, the German world, and the Slavic world. It borders the Tri-Veneto area, Austria, and Slovenia.

When the Romans invaded the region in 181 BC, the natives were called the "Carni" and spoke a Celtic language. Since then many influences have completely altered the language. Roman, Ladin (a similar neighboring people), Langobard, Slavic, Venetian, French, and probably others, have left their linguistic imprint on the Friulan language.

There is so much to say about Friuli, that it's hard to focus only on the native language. The linguistic influences do say a lot about the Friulan people within a historical context. They're a facinating element of the Padan circle of native peoples.

Even within Friuli, there are variants of the language. How is that for confusion? Also, the regionally overlapping Ladin people, with a similar language, adds even more to the confusion. Just to give a few examples of Fruilan words with a clear origin in another historical language:

Do take a look at the above link, as I just can't do this subject justice. This may be the most facinating Padan language of them all. Also, try some of the online translators like Logos; as well as some of the Italian-Friulan translators (you may need to go from English to Italian to Friulan). See also Friulan literature.

Posted by Camunlynx at 3:23 PM No comments:

Posted by Camunlynx at 9:43 AM No comments:

I actually had intended on this entry being posted prior to last weeks Super Bowl game between the Pittsburgh Steelers and the Green Bay Packers. Both cities have a long history with our Cisalpine people. Green Bay, which is a port city in the Great Lakes, ties in with our century-plus history in that region. Pittsburgh ties in more with our history in some of the bigger cities of the northeast.

Green Bay's Cisalpine history seems to tie in more with the north Cisalpines, while Pittsburgh simply counts a sizable number of Tuscans in it's "Italian-American" population. Pittsburgh, of course, is a bigger city. Green Bay, interestingly, also has a Tuscan population. All of this should be thought of in a historical sense, as well as a modern one.

In Pittsburgh, the Tuscan heritage is largely from the Lucca province. There is a seemingly large Lucchesi nel Mondo group there. Also interesting, and maybe someone can clue us in more on this subject, is evidence of chain-migration over many decades from Lucca. Green Bay also has some ties to Tuscany. There is a group there called the Green Bay Italo-Americano Club, which was founded by a native of Lucca.

Like so much of our history on this side of the Atlantic, we always have to fill in the blanks. There is not a lot written about people from specific areas and their shared experiences. We do know that the port cities of the Great Lakes, and the surrounding area, were areas of settlement for Cisalpine people; and western Pennsylvania was also an area of sizable Cisalpine settlement.

Posted by Camunlynx at 12:08 PM No comments: