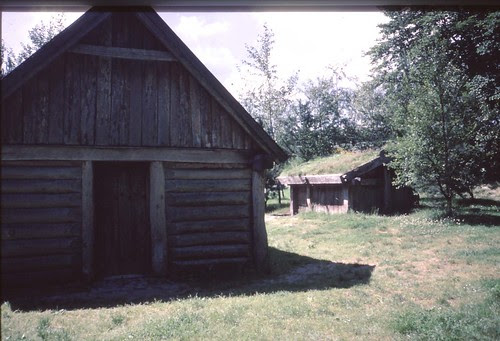 Prior to the Cisalpine Celts, there lived for thousands of years an Alpine race in approximately the north/northeast part of the Italian peninsula. Some call them the "Eugenei" people, although I'm not certain of the spelling since Wikipedia seems to have eliminated the page on them.

The evidence, as we dig though it, seems to suggest that while they can be traced back to upwards of ten thousand years, they weren't very widespread. It's highly unlikely then that there was every any significant fighting as the Celts migrated and settled in the largely underpopulated region.

The Eugenei who lived outside of what was their later stronghold in the northeast, probably were absorbed into the Celtic tribes. We encounter information all the time which challenges earlier beliefs, so this can and should be considered a historical work in progress. As of now it appears that the Celts were the, numerically-speaking, much more dominant culture. Even the Eugenei tribes who survived as a separate culture, did have at least some clear Celtic influence.

The Eugenei still are a reminder of the very ancient past, and as far as we know, the pure representatives of the human origin of the region. For anyone of "northern nations" descent, unfortunately, getting information in simple English text on these subjects (on both sides of the Atlantic) is like pulling teeth! I refer to the pre-Roman stock as "Celto-Alpine" people, rather than Gaulic or Celtic.

It's still somewhat of a mystery as to exactly where the Celts migrated into the Cisalpine region. They seemed to arrive in successive waves over a long period. The Cenomani tribe has the same name as the Cenomani of Gaul, although there is no definitive proof that they were once the same tribe. However, there is evidence that many or most arrived via Liguria; hence the name "Celto-Ligurian." Gaul's (France) geographic location would seem to validate this.

There is also evidence that some migrated early on from the Halstatt settlements of ancient south Germany. The "iceman," the famous archeological find of a preserved man in high Alpine ice in the 1990s, likely was among the first Celtic pioneers of the Cisalpine region. I recall that he lived between five and six thousand years ago. It should not be forgotten that there was also Celtic settlement in ancient Tuscany. What makes that a little different was that there did seem to be some skirmishing between Celts and Etruscans, although it didn't seem to be very long-lasting.

[1-27-11 ADDITION: It should be noted that Celtic migration into the Cisalpine region began at least by 3,000 years ago, and that in the fifth century there was another wave into the region. The first being pre-Roman, and the latter post-Roman. Also, the latter was also when the Celts first migrated into the British Isles; as well as into Denmark, Spain, and the Balkans. Some of those regions, like Spain, also had pre-Roman Celtic heritage.]

Posted by Camunlynx at 11:17 AM No comments: