Queen Theodelinda: The Cisalpine St. Patrick, and "most glorious queen" 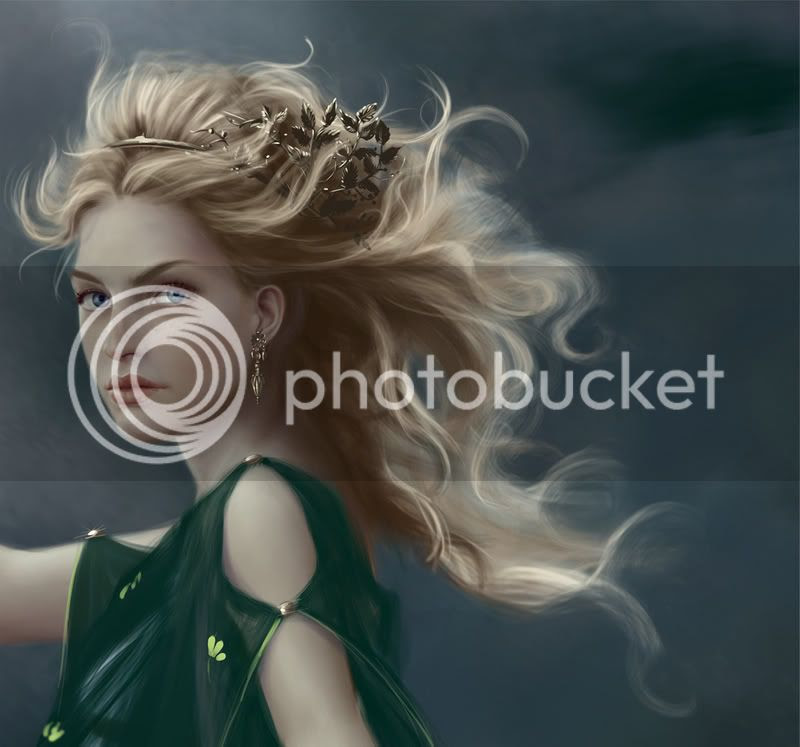 We have covered Queen Theodelinda many times on this blog, and will continue to do so. A simple search will bring up past writings on her, so there is no need to repeat everything. Theodelinda was a Frankish princess from Bavaria, of partly royal Langobard ancestry, who married the Langobard King Authari. The Langobards and Franks had much intermarriage within their ruling classes.

It should be noted that Theodelinda was the granddaughter of the Langobard King Waccho; and that she was the ninth Winilli/Langobard queen (the first being Queen Gambara).

The ruling classes of Germanic society, prior to a millennium ago, are not to be confused with the royals of more recent centuries. For example, the Langobard king used to lead the army in battle, sometimes leading the charge.

Some of the Catholic institutions artistically portrayed her as much less than beautiful despite clear evidence to the contrary. It's a well-known fact that she was very beautiful. King Authari, before agreeing to marry her, sent emissaries to Bavaria to see her. According to Paul the Deacon, simply to see that she was physically adequate. Upon seeing that she was a tall beautiful blonde, they quickly returned to Langbard to inform King Authari. She seems to have worn her hair long prior to becoming queen.

Not to confuse "looks" with deeds, but some of the drab portrayals of her is a type of historical slander. I would like to see some new revisionist artwork on her. Some revisionists believe that she was a vastly underrated historical figure. Like St. Patrick did in Ireland, she brought Catholicism to the Langobards and Cisalpines. She seemingly could very well have been declared a Catholic saint.

The queen had the Cathedral of Monza constructed, which has since housed the famous Iron Crown of Lombardy. The crown is said to have been fashioned with one of the nails used in the crucifixion of Christ. King Authari died after two years of the marriage, and she was loved so much by the people that they wanted her to remain their ruler. I know sometimes we're fed lines like that regarding historical figures, but in this case it seems to be very true from everything that I've read. A year later she chose a new husband, Agilulf. The Wikipedia page on her, not to mention mainstream history itself, has left a lot to be desired!

From the Medieval History Journal:

Theodelinda, 'Most Glorious Queen': Gender and Power in Lombard Italy

Theodelinda, Queen of the Lombards (590-628), has been known for long to historians through the portrait depicted by Paul the Deacon in his Historia Langobardorum. However, as this was written some 150 years after the queen's death, its evidence needs to be treated with great caution. In this essay, the earliest contemporary evidence of Theodelinda's life is examined and compared to Paul's account. The latter turns out to be a highly-gendered representation, made up largely by Paul. Nevertheless, the early evidence (Gregory the Great's letters and various short historical texts) does show that she was a 'most glorious queen'.

[Right: A depiction of Queen Theodelinda from one of the frescoes in the Theodelinda Chapel in Monza, Lombardy, painted by people who actually saw the queen and knew what she looked like.]

Theodelinda, queen of the Lombards, (c. 570-628) was the daughter of duke Garibald I of Bavaria.

She was married first in 588 to Authari, king of the Lombards, son of king Cleph. Authari died in 590. Theodelinda was allowed to pick Agilulf as her next husband and Authari's successor in 591. She thereafter exerted much influence in restoring Nicene Christianity (the mainstream, in 1054 split by the East-West Schism in Roman Catholicism and Eastern Orthodoxy) to a position of primacy in Italy against its rival, Arian Christianity.

After the conversion of Agilulf to the Catholic faith, she started building churches in Lombardy and Tuscany, among them the cathedral of Monza and the first Baptistery of Florence. They were all dedicated to Saint John the Baptist.

The famous treasure of Monza contains the Iron Crown of Lombardy and the theca persica, enclosing a text from the Gospel of John, sent by Pope Gregory I (590-604) to her for her son Adaloald. Another of the gifts of this pope to the Lombard queen was a cruciform encolpion (reliquary) containing a portion of the True Cross.

The history of the queen and her connection with the famous Iron Crown of Lombardy are narrated in the frescoes painted in the Theodelinda Chapel in the Cathedral of Monza, work by Ambrogio and Gregorio Zavattari (1444). 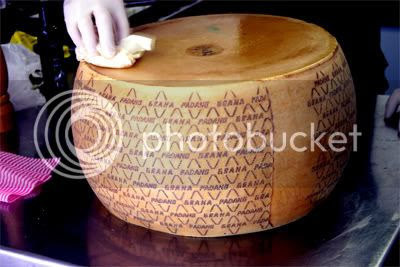 Recently I was shopping at Trader's Joe's and I saw a product called "Grana Padano Parmesan." One of the things that I thought was important is the use of the word "Padano" ("Padanian" or "Padan" in English), which can be loosely translated to "of the Po River Valley." There are those who would even deny that much as far as the legitimacy of the word. On top of that, this cheese product is tied into our culture. It should be noted that the product name "Grana Padano Parmesan" was used to sell a product, and is not really accurate. Grana Padano is a little different than Parmesan cheese (Parmigiano Reggiano), although both are similar.

Grana Padano is one of the most popular Denominazione di Origine Controllata cheeses of Italy. The name comes from the noun grana (‘grain’), which refers to the distinctively grainy texture of the cheese, and the adjective Padano, which refers to the valley Pianura Padana.

Grana Padano is one of the world's first hard cheeses, created nearly 1,000 years ago by the Cistercian monks of Chiaravalle Abbey, founded in 1135 near Milan, who used ripened cheese as a way of preserving surplus milk. By the year 1477, it was regarded as one of the most famous cheeses of Italy. It can last a long time without spoiling, sometimes aging up to two years. It is made in a similar way to the Parmigiano Reggiano of Emilia-Romagna but over a much wider area and with different regulations and controls. Other Grana cheeses are also made in Lombardy, Piedmont, Trentino, and Veneto.

Like Parmigiano Reggiano, Grana Padano is a semi-fat hard cheese which is cooked and ripened slowly (for at least 9 months, then, if it passes the quality tests, it will be fire-branded with the Grana padano trademark). The cows are milked twice a day, the milk is left to stand, and then partially creamed. Milk produced in the evening is skimmed to remove the surface layer of cream and mixed with fresh milk produced in the morning. The partly skimmed milk is transferred into copper kettles and coagulated; the resulting curd is cut to produce granules with the size of rice grains, which gives the cheese its characteristic texture, and then cooked to 53-56°C. It is produced year-round and the quality can vary seasonally as well as by year. Though similar to Parmiggiano Reggiano cheese, the younger Grana Padano cheeses are less crumbly, milder and less complex in flavor than their more famous longer-aged relative. Grana Padano is widely considered inferior in quality than Parmigiano-Reggiano. Nevertheless many Italians prefer Grana Padano over Parmigiano-Reggiano mainly for the lower price.

A wheel of Grana Padano is cylindrical, with slightly convex or almost straight sides and flat faces. It measures 35 to 45 cm in diameter, and 15 to 18 cm in height. It weighs 24 to 40 kg (53 to 88 lbs) per wheel. The rind, which is thin, is white or straw yellow.

Posted by Camunlynx at 8:48 AM No comments: