The Cernic tradition was an ancient religion native to mainly ancient Gaul, Alpine Germany, and Cisalpine Gaul; and which also seemed to exist in Iberia, some parts of Scandinavia, and perhaps elsewhere.

Cernunnos (also Cernenus and Cern) is a Celtic god whose representations were widespread in the ancient Celtic lands of western Europe. Cernunnos is associated with horned male animals, especially stags and the ram-horned snake; this and other attributes associate him with produce and fertility.

Everything known about this deity comes from two inscriptions from France and one from Germany.

A rock carving of Cernunnos in the National park of Naquane, Italy.[4]
Cernunnos was proposed to have been identified as the illustration on the Snake-witch picture stone, which shows a possibly horned figure holding snakes in his/her hands, from Gotland, Sweden.[citation needed]

Archaeological sources such as inscriptions and depictions from Gaul and Northern Italy (Gallia Cisalpina) have been used to define Cernunnos. 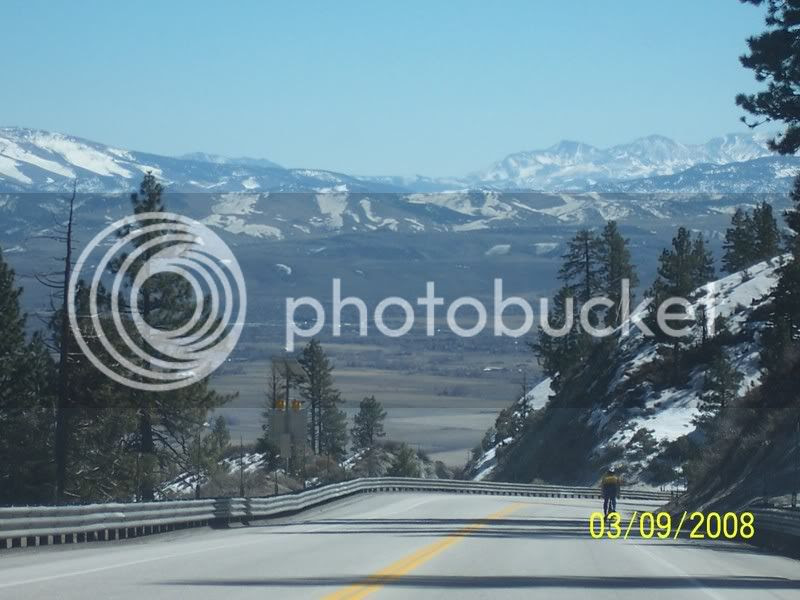 Last year, while visiting South Lake Tahoo, I picked up a brochure entitled 'Wine Tasting in Genoa'. It was subtitled 'Nevada's First Settlement', and was referencing Tahoe Ridge Winery in Genoa, Nevada. The winery is fairly new, having been founded in 1990. The brochure shows that the town and winery are located twenty miles east of South Lake Tahoe. From the brochure: "Nestled in the picturesque town of Genoa, on the eastern slope of the great Sierra Nevada mountain range, lies the home of Tahoe Ridge Winery & Marketplace. Tahoe Ridge sources grapes from high quality growers who farm vineyards throughout Nevada and California."

The winery seems to have everything a large wine operation usually has, including entertainment events. Their events schedule shows that on September 5th, Victoria Vox performed there live; on September 18th, they will host an Annual Grape Stomp at their marketplace and bistro; and on October 17th, Beppe Gambetta, a musical artist from Genova, will perform there as well. From the website: "From Genova, Italy comes this smiling troubadour for his fourth appearance in the Carson Valley. Beppe’s diverse blend of styles range from romantic Italian ballads to traditional Americana and Bluegrass. His sense of humor accentuates his performances while his blazingly quick flatpicking style weaves multi-layered melodies that mesmerize the house."

"Genoa is an unincorporated township in Douglas County, Nevada, United States. Founded in in 1850, it was the first settlement in what became the Nevada Territory. It is situated within Carson Valley and is about 42 miles (68 km) south of Reno.

"Located within Utah Territory before the Nevada Territory was created in 1861, Genoa was first settled by Mormon pioneers. The settlement originated as a trading post called Mormon Station, which served as a respite for travelers on the California trail. Orson Hyde changed the name of the community to Genoa, after Genoa, Italy. The original Mormon settlers withdrew in 1857 when they were recalled by Brigham Young due to the Utah War.

"The community was the home to Nevada's first hotel, newspaper and court. Nevada's first newspaper, the Territorial Enterprise was founded in Genoa in 1858, but moved to Virginia City, Nevada in 1860. Another first for the state, the Genoa Bar, billed "Nevada's oldest thirst parlor," was patronized by Mark Twain, Teddy Roosevelt and Johnny Cash and was used in John Wayne and Clint Eastwood films. The village was also the set for the movie Misery, starring Kathy Bates. The village doubled in size with buildings added and then removed after the filming.

"Much of Genoa, including the original fort, station and hotel was destroyed in a fire in 1910, but replica of the fort was built in 1947. Every year since 1919 Genoa has held a festival called The Candy Dance, where candy, food and crafts are sold to support its town government. The Candy Dance is usually held during the final weekend of September. Many pioneers rest in the Genoa graveyard including Snowshoe Thompson, his wife and his son.

"A mile south of Genoa is David Walley's Resort, a famous natural hot springs and spa, now a mediocre resort. It was first built in 1862 and known as Walley's Hot Springs.

"Unlike the city of Genoa in Italy, the Nevada community's name is pronounced with the accent on the second syllable: juh-NO-uh.

"In 1975, the community was listed as a historic district on the National Register of Historic Places."

The town's website states about their town "Nevada's First Recorded Permanent Settlement." It was founded in 1851.

From the website's "Visit Genoa" page:

"Historic Genoa, Nevada, is nestled at the base of the eastern slope of the Sierra Nevada Range, just 25 minutes east of beautiful Lake Tahoe, and one hour south of Reno.

"It is home to Mormon Station Memorial State Park which commemorates the settlement of Nevada in 1851, when the first permanent trading post was established by a group of Mormon traders from Salt Lake City.

"Genoa’s natural beauty and historic charm still beckon travelers and local wildlife. It is not unusual to spot mule deer as they come down from the forested area on the west side of Genoa and cross local roads to graze on vegetation or fields along the Carson River Valley to the east of Genoa.

"The small town of approximately 250 residents and many local amenities and shops, welcomes visitors for a day trip or longer restful stay. Plan to learn about Genoa’s past with a visit to Mormon Station State Park Museum, Genoa Courthouse Museum, the Genoa Cemetery and the Hanging Tree. Stroll through a variety of shops, and be sure to make time for a leisurely lunch or dinner. Click HERE to download the Greater Genoa Business Association Walking Tour Map of town attractions, including shops, dining, drinking and lodging accommodations.

"Considering a stay in Genoa? There is much to do in the surrounding area including hiking, biking, golfing, flying, fishing and shopping, just to name a few. Click here to link to the Carson Valley Visitors Authority for more information about Genoa and the surrounding Carson Valley.

"Be sure to mark your calendar for the last weekend in September to visit the town’s annual Candy Dance Arts and Crafts Faire. Since 1919, the residents of Genoa have made the wonderful homemade candy sold during the weekend and complimented by a Saturday night dinner-dance. Over the years the event has evolved, and today the Genoa Candy Dance is well-known as one of the greatest craft fairs in Northern Nevada drawing artisans from all over the west who come to sell their wares."

There are more tourist links on this page for Carson County, but I think that I'll just leave it at that. The whole Tahoe area is a great place to explore.

Posted by Camunlynx at 12:46 PM No comments:

Soon after the establishment of the Langbard Kingdom, the Langobard Nation officially adopts Catholicism. Prior to that, they had been roughly half Arian Christian and half pagan (Ásatrú).

Posted by Camunlynx at 4:33 PM No comments: